Traffic Rider is a very simple game. Probably too simple, but it is wrapped in a package of very good graphics and terribly clever design that constantly prods you to pay real money. The game is free, but very quickly becomes expensive if you want to progress. This greedy mentality keeps an otherwise fun game from being something really good.

First, let’s talk about gameplay, though there isn’t much to discuss. The concept is simple, you’re driving a motorcycle from a first person perspective like so-

You can tell I’m badass because I have not one, but two ridiculous mirrors.

And you’re racing against the clock. Essentially, you need to get to the finish line before the timer runs out. Sounds simple right? It is. The only complexity is in not crashing into the other cars on the road. You control the motorcycle by pressing either the brake or the throttle and tilting the device to steer. It’s not complex, but the controls are flawless which counts for something. There are variations on the formula, such as “overtaking” cars (passing them and scraping the paint) in a certain amount of time, but in the end this is simply driving really fast, not crashing, and hoping you beat the clock.

There are some customization options, and as you level up you can unlock better and better motorcycles. This doesn’t really change the game that much other than changing your HUD and some slight performance enhancements. These unlockables are mostly cosmetic, and don’t alter the gameplay in any profound way. You’re still just driving a motorcycle through traffic. There are alternatives to the “career” mode, such as “Endless”, which is just what it sounds like, “Time Trial” where you compete against your own times, and “Free Ride”. But the gameplay is just too simple to support any sort of variation. It’s all just driving a motorcycle through cars and trying not to kill yourself.

This is where the rather sneaky paywall comes in. I’m pretty good at racing games, but very quickly I found myself running out of time and being asked to continue by spending coins. Of course you can buy more coins with real money, and though I understand the business model, I find it too aggressively implemented here. There are way too many ads in Traffic Rider, and it quickly starts to feel like very little content masquerading as a game hoping to get you to spend money on it. 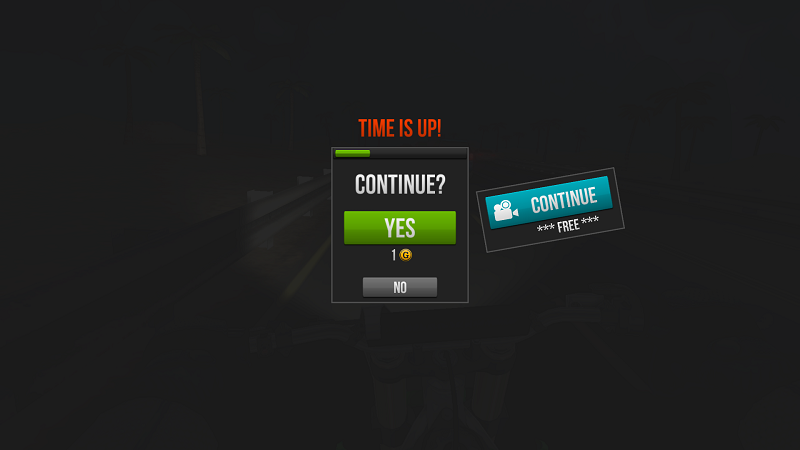 If and when I’m killed in a horrible motorcycle crash I hope to just pay one coin and continue.

The graphics are Traffic Rider’s strength. Everything is modeled well, from the backgrounds to the motorcycles themselves. The game is simple enough that a great deal of effort can be put into making everything pretty, and they succeeded in that. It runs well on every device I tested it on, it never crashed (HA!) and it was consistently pretty. That’s an impressive achievement not to be overlooked. 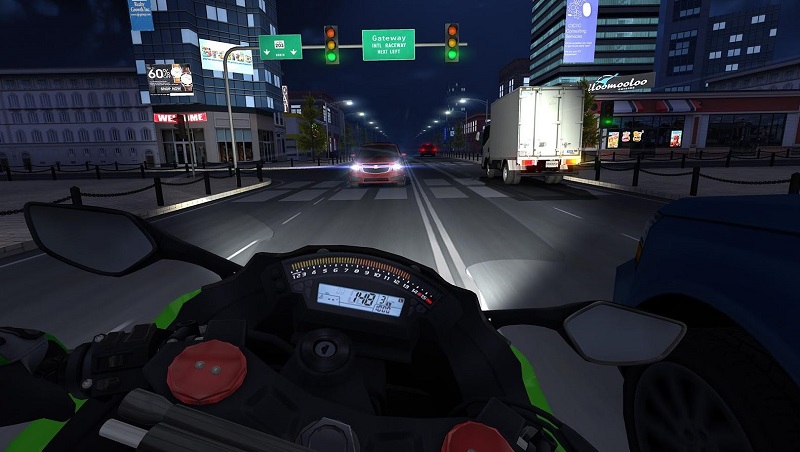 Traffic Driver has too little content to justify the invasive ads and the paywall. It is pretty, and the gameplay is fun even if terribly simple. In the end, all the nicely rendered motorcycles in the world aren’t enough to give this game my recommendation.

Need for Speed: Most Wanted Review