Township is not a game for everyone. If you’re a fan of shooters or RPGs, this slow paced, at times plodding game may turn you off. That being said, Township is the best game of its type I have played in a long time, and stands out as a well-designed, aesthetically pleasing farming/town simulator with a wealth of options and steady progression.

It’s far from the first game of its type. Ever since Farmville, Facebook, and subsequently app stores, have been filled with clones of this type, based on the simple model that progression is initially swift, but then slows down to a crawl until you pay. Playrix did use this model, but I find their pay wall to be quite reasonable. I haven’t spent any money, and I’ve managed to grow my town into a bustling city. I am the type of person who only opens it and plays a few minutes a day, and I tend to be patient. If you are someone who wants immediate rewards, this game is not for you. Unless you have a lot of money. And you don’t mind spending it on a fake town. Who am I to judge?

The premise is a familiar one; you start with a small tract of land and begin to gather resources. As you do, you can build houses and grow your population. This allows you to unlock more land, gather more and newer resources (think eggs, wheat, cotton) and increase your population. You can sell these items to the bank, though it is far more profitable to fill the townspeople’s orders. Eventually you’ll be building skyscrapers and huge apartment buildings, but not soon. This is not a game for the impatient.

The graphics are attractive enough. It’s not fully 3D, but the animations are nice, everything is remarkably detailed and cheerful without being too saccharine. It runs very well even on low end devices, Crysis for cell phones this is not. 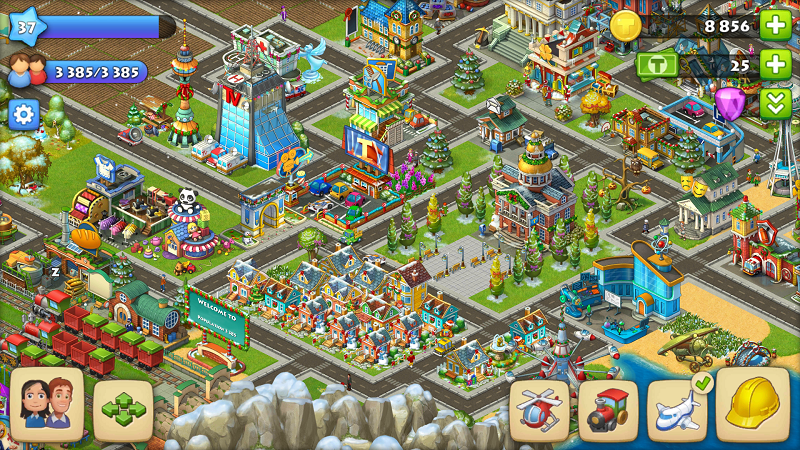 Look at the detail! Is this a photograph of a real town?!?!?!

What really sets this game apart is the amount of alternative activities to the typical “collect resources / buy new stuff” model. There is a zoo in which you can collect animals, airports and boats and helicopters that require you to fill orders for special prizes, and my personal favorite, a mine. There is something immensely satisfying about using explosives to dig through the earth and unlocking rewards. It’s simple enough, but I’ve spent more time than I care to admit playing with it. Really triggers that little dopamine burst. 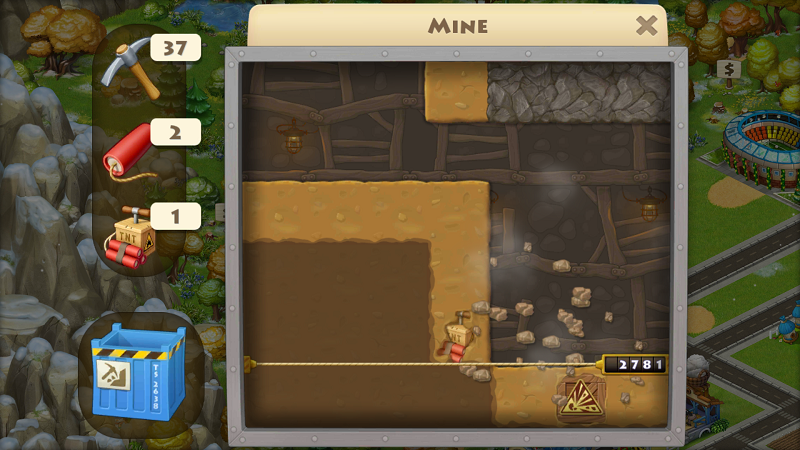 You can play with friends, and it is pretty well integrated with friends/Facebook. You can share supplies and such, and it’s much easier to play if you work with other people, though it isn’t required.

Another aspect of Township I appreciate is the generosity of the developers. Whenever the game goes down (which happens rarely) they always apologize, describe what happened, and give you some nice in-game items. Every time there is an update they will reward you for installing it. It really feels like they appreciate you playing their game, even though it is free. A far cry from EA indeed.

Township isn’t for everyone, but if you like this type of game it’s very well done. It’s free, and the pay wall is reasonable so there is really no reason not to try it. And when you do, send me some damn yarn! This old lady won’t stop bugging me about a blue sweater she wants helicoptered in.