Star Wars has never been bigger than it is now, and it does seem like a perfect time for EA to cash-in on some of the hoopla with a free to play game; Star Wars: Galaxy of Heroes. It’s not bad, with definite attention paid to fans of the franchise, but the gameplay (if one can call it that) is painfully limited. 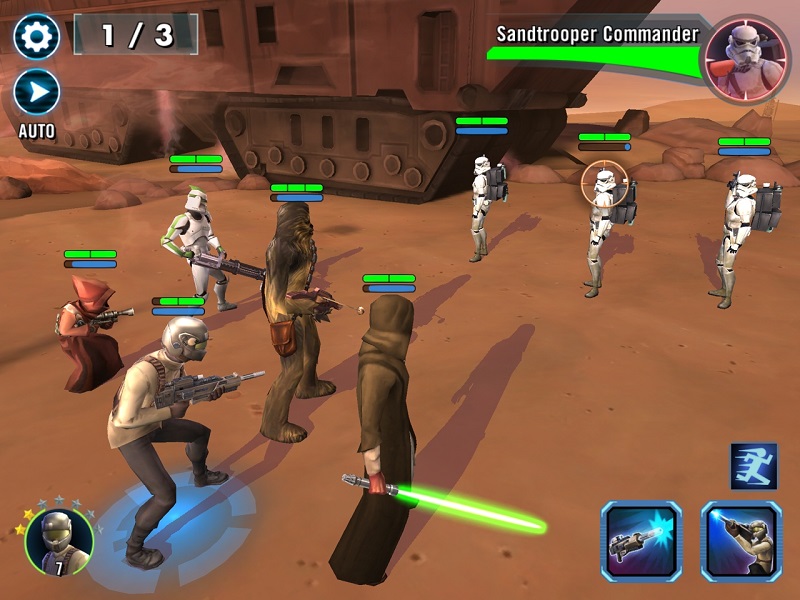 Yeah…I remember when this happened on Tatooine…

Have you ever heard of Sabacc? If you answered yes, you should probably download this game immediately. It’s the chess like holographic game played and mentioned many times in the movies and the extended universe, and the concept behind this game is similar. It’s essentially a battle screen where characters you collect and upgrade fight, complete with character specific animations such as Boba Fett flying around with his jetpack or Count Dooku shooting force lightning from his hands.

This gives you a pretty good idea:

If you were excited by the flashy graphics and recognized the numerous characters, then by all means give Star Wars: Galaxy of Heroes a try. But did you notice a lack of gameplay showcased in the trailer? That’s because there really isn’t any. The “gameplay” consists of collecting characters and items from “data cards.” You can of course pay real money to EA to unlock them faster, and therein lays the cash grabbiness of the business model. You then prepare your team, equipped with the items you’ve given them, and watch them fight other Star Wars characters. It’s like playing the character equipment screen in a Star Wars RPG and then watching a slow, turn based battle where not much really happens. There are colorful environments, and I can’t stress enough how much work went into capturing the aesthetic of the films and the show, for that I commend EA. There is a very clear love and understanding of the franchise on display here. For a certain type of player that might be sufficient, for me, it was not. 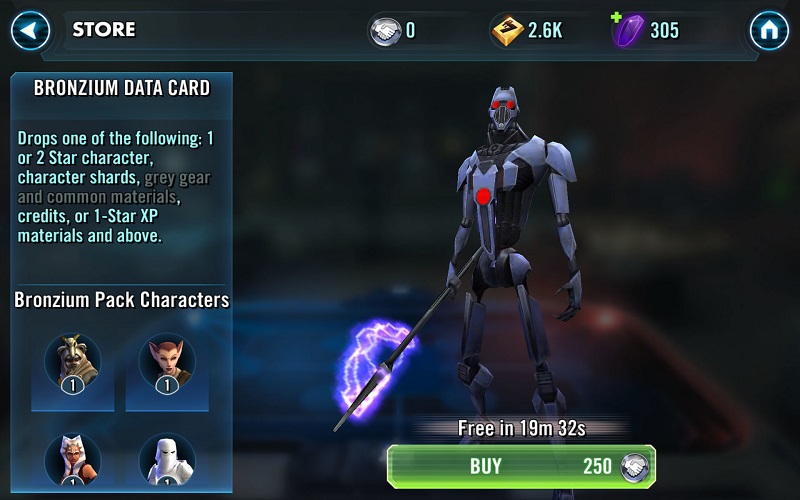 Who the hell is this guy?!

Look, I’m a Star Wars fan. I’ve watched the original trilogy more times than I can count. I know the difference between a Twin Ion Engine fighter and a A/SF-01 B-wing, I understand the passion behind the franchise. There are so many characters to collect, some so obscure I hadn’t heard of them, each with their own distinct animations. (But for some reason no Yoda…uh…really?) The fact remains that there is no substance; it’s more a generic battle game with Star Wars characters plastered in. I was disappointed at the lack of interaction, the lack of exploration of the creative people and worlds that has made Star Wars so dear to so many. This felt closer to a flashy cash grab, and the fans deserve better. 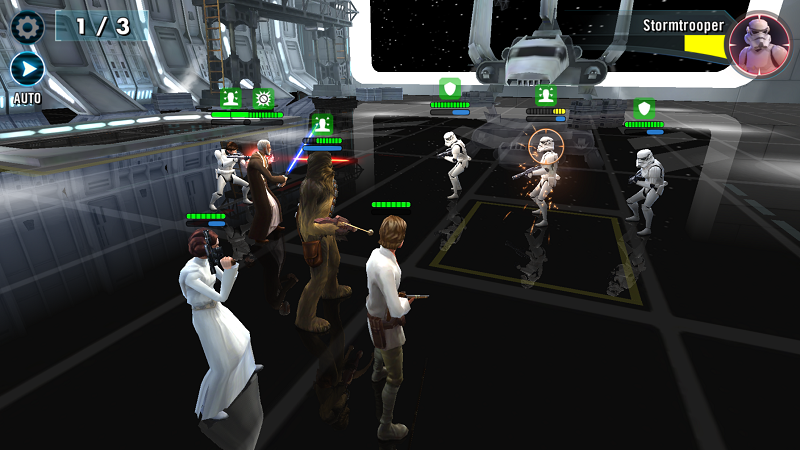 This is not as cool to play as you’re imagining.

If you want an incredible Star Wars game, play Knights of the Republic. (Seriously, go play it, I don’t care if it’s expensive!) If you want a fairly generic game with Star Wars themes, settle for Galaxy of Heroes. It is free after all.