Are you a Star Trek fan? Your answer to that question is the same answer to whether you should play Star Trek: Timelines or not. If so, there is quite a bit of content that you will thoroughly enjoy, if not, you’ll probably find it a bit dull and silly.

For the sake of some semblance of journalistic integrity, I should tell you that I am a HUGE Star Trek fan. Not like I’m fat, I’ve been working out and I look great thank you very much. But it’s important to understand that this review is being written from the perspective of someone who loves the franchise. If you don’t, A) I feel bad for you because it’s totally awesome, and B) you won’t like this game. Glad I could save you some time.

The gameplay is really very simple. It’s based on character collection; you are a captain trying to build your crew, and different characters from every quadrant of the Star Trek universe have different skills. The skills vary by character attribution; Picard, for example, has high Command and Diplomacy. O’Brien has high engineering, T’Pol high science, and so forth. These are used to complete simple missions that are text based, where the outcome is essentially determined by whether or not your character meets the numerical requirements. 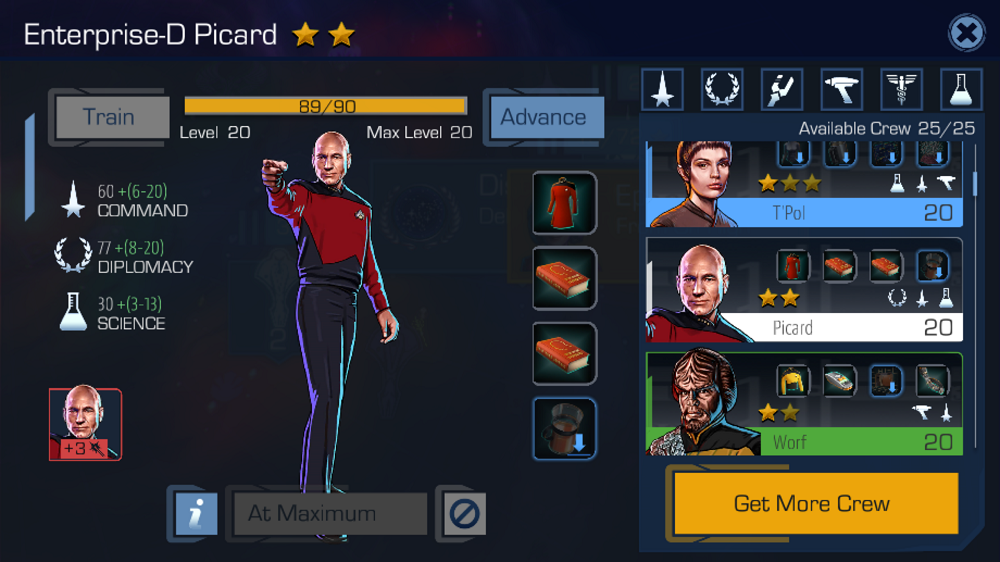 Because Picard is a baller.

There is some variation on this mission structure. For example, there are battles with other ships which are rendered in surprising detail, but these too are simply based on numbers. The fun in this game is in the customization of your crew and ship, there is very little actual gameplay. Think more along the lines of something like Final Fantasy Tactics or Fire Emblem, most of the fun is in menus and customizing your characters.

The primary strength of Star Trek Timelines is the love and care with which they treat the franchise. There are endless references to every character you can imagine in the massive Star Trek universe. The story is a bit silly, something about Q and a temporal rift bringing everyone from every time together, but it is a creative way to bring characters spanning decades apart together in one place. Everyone from Gul Dukat to Sulu makes an appearance and can be a potential crewman. For a fan like me, collecting characters, leveling them up, and deploying them on a diplomatic mission to Romulus or Qo’noS or wherever is a hell of a lot of fun.

I can totally see why it might not be for other people. 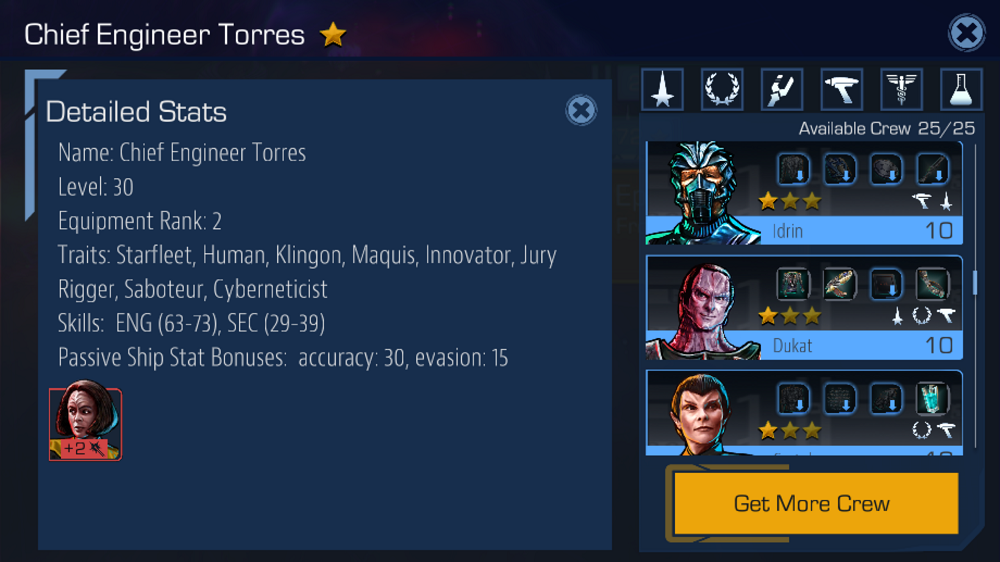 Call of Duty this is not.

It’s fun for a while at least. As with most freemium games, there is a paywall that significantly decreases the enjoyment. I was hoping it would be more “Pay for special versions of characters!” not so much “Play for a few hours until your crew simply isn’t strong enough to progress. Now buy more dilithium.” Sadly, it’s the latter, and it’s very disappointing. I was very much enjoying Star Trek: Timelines, but at a certain point it becomes virtually impossible to progress. This is a huge flaw in an otherwise genuinely lovingly crafted and entertaining free game.

The graphics are simple for the most part, but the ships are detailed and fun to look at and the space battles look great. The rest is mostly character portraits and text. It runs fine, but there were occasional framerate drops during the space scenes, even on a high end Galaxy S7. There is a chat feature if you want to talk to other players, and you can build a fleet (guild.) I’m sure more features will be added as Disruptor Beam (awesome company name by the way) continues to build on what they have here. 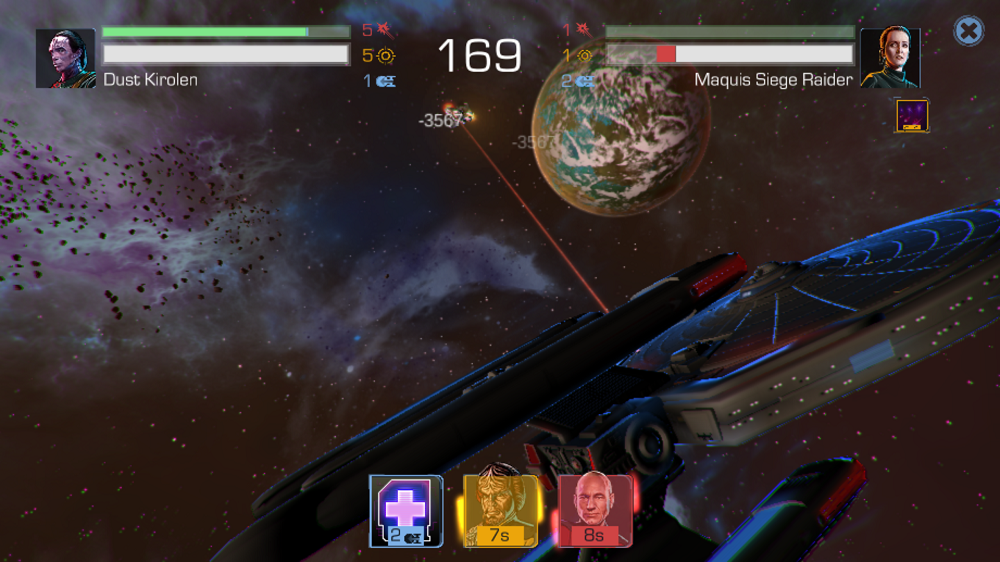 Star Trek timelines is a simple game, but an absolute joy for Star Trek fans. The universe is treated very well here, with a huge collection of characters and content. Until you hit that damn paywall. If you’re not a Star Trek fan I wouldn’t recommend it, as the gameplay itself is virtually non-existent.