I really enjoyed really enjoyed the original Rayman when it was released on Playstation wayyyyy back in 1995. Now that I’m done crying because of how old I am, I can give you my thoughts on playing this game again on my tablet. It was an interesting experience revisiting Rayman, but I’m sorry to say it hasn’t aged very well.

Rayman was a delightfully whimsical platformer with compelling graphics and fun (if occasionally frustrating) gameplay. It was released by Ubisoft and created under the direction of Michel Ancel, who actually went on to create the well beloved Beyond Good and Evil. The game, not the book. 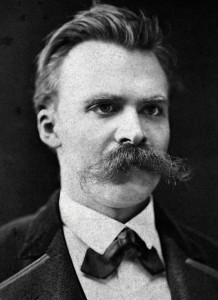 There were many sequels and spin offs, some good, some back breakingly insane. (Rayman Raving Rabbids ahem.) Franchise issues aside, the original was very unique when it was released, and really impressed a lot of people. So how does it hold up?

The first thing you will notice is the graphics. I can’t emphasize enough how cool they were back in the nineties- 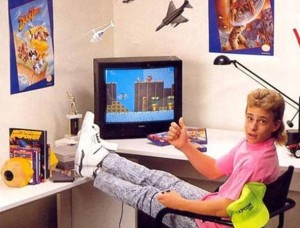 Not as cool as I looked in the nineties.

The creativity still shows through, but the truth is that Rayman was designed for CRT monitors, not the high pixel density of modern tablets and smartphones. The end result is a rather jagged and rough looking experience that is difficult to get past. It’s one of the few games I’ve played that actually looks better on a phone due to the smaller screen real estate. 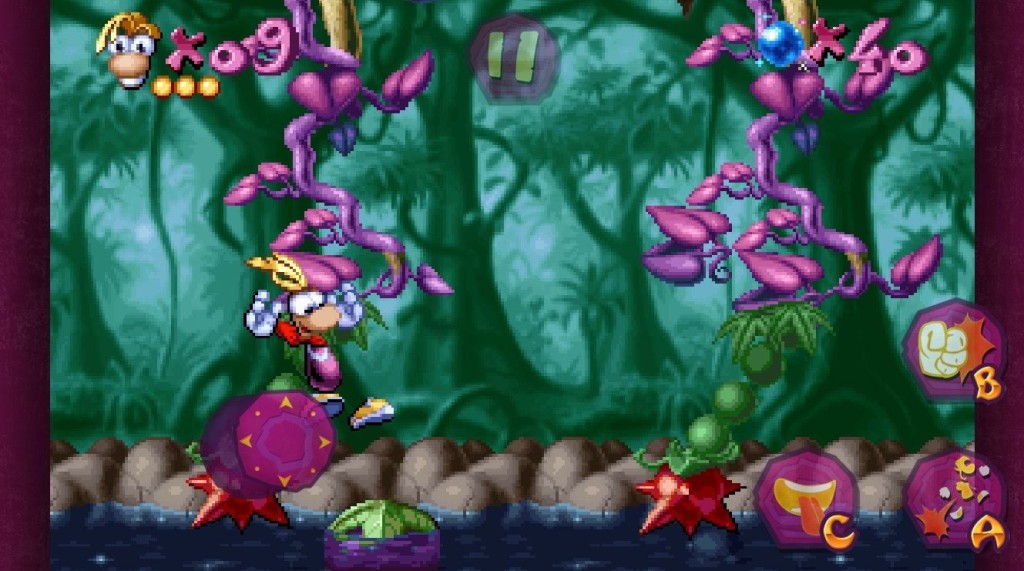 As with any port to handheld devices, controls are always an issue. Here they are serviceable (there is a virtual joystick) but it certainly doesn’t make this already difficult game any easier. Fortunately it does have controller support, so that takes care of that issue if you have the option.

The gameplay alternates between enjoyable and frustrating as hell. Things like blind jumps and a poorly balanced difficulty curve had me rage quit more than once. There is nothing worse than getting close to the end of some of the painfully long levels only to die and have to start over. Now a lot of you probably think I’m whiny for saying that, and will cry foul that “that’s how old games were.” That’s true, and I’ve beaten my fair share of them (Goddamn you Contra III!) but as a portable game in 2016, the design just doesn’t hold up. 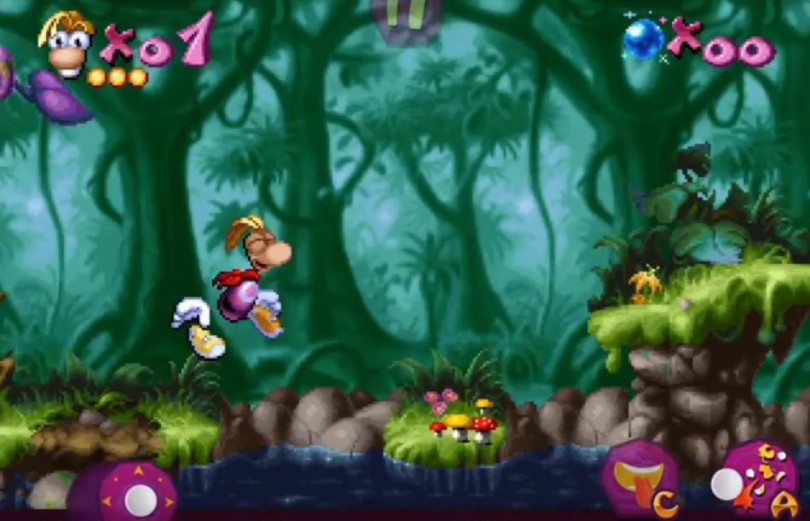 They do provide an easy mode for the more shameless among us, and that allows unlimited lives. That could be fun for some I suppose, but it basically robs the game of any challenge or sense of accomplishment. I know I sound complainey (it’s too hard AND too easy!) but an adjusted difficulty curve would have been appreciated.

There is quite a bit of good work in here too. The game is very creative in terms of creature design; and the abilities you earn definitely set it apart from your typical platformer. I remember it reminding me of Earthworm Jim when I first played it, and that is high praise indeed. The level design, while often frustrating, has branching paths and great layouts. What’s good in Rayman is still good, and it might be worth checking out for anyone who is a fan of old school platformers.

Rayman is a good port with solid controls, and that’s commendable. It runs well, and the price point is about right. Unfortunately, and through no fault of the original design, it simply hasn’t aged well technically. The gameplay is a throwback to a time when portable games were very different, and attempting a challenging console experience on the go just doesn’t quite work here. Between that and the jagged graphics, this is only for fans of the franchise or those interested in seeing how far games have come in the last 20 years.