Need for Speed: Most Wanted is a small piece of a much bigger game. It’s a mobile version of a console titan, and though it provides flashy graphics and some fun gameplay, it fails to justify the price tag.

I was hoping for an open world racing experience given how much EA is charging. There are plenty of free to play options like Gameloft’s Asphalt, so when I spend money I have certain expectations. Those expectations were not met here. Need for Speed: Most Wanted is not open world at all, any freedom of choice is buried in menus and transaction based progression. The concept here is that you select races (entirely from menus,) compete, hopefully win, unlock new cars and become the “most wanted.” Fine ideas , but they have been executed better in games that are free. 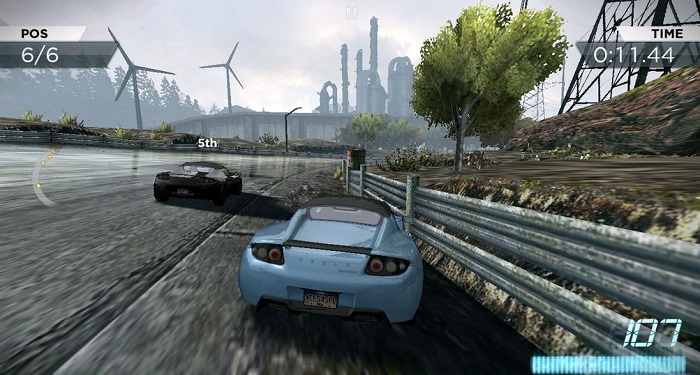 The goal is to drive aggressively into the guardrail right?

Like quite a few mobile racing games, the car accelerates automatically. You control the vehicle by holding the left of the screen, power slide by pressing the right side, and activate a speed boost by swiping up. The controls are straight forward and easy to understand, and I rarely had problems with input.

As is to be expected from a company as large as EA, the production values are solid. The graphics are excellent, every car is rendered with exceptional care, and the courses are diverse and detailed. I encountered very few hardware issues or glitches while playing, which is remarkable given the low powered nature of the device I used and the hardware intensive visuals. The social aspects are done through Origin (yuck) but are not obnoxious, and offer options such as leaderboards and XP, which provide a bit of incentive to continue playing.

Becoming the “most wanted” means outrunning the police, and the cops in this game are brutal. They are hell bent on destroying you and happy to throw away any sort of loyalty they have to traffic law. They are utterly suicidal. Wherever you are on the map so are they, trying their best to run you off the road to kill you. This is not a fun gameplay mechanic; it makes one feel like they are running from serial murderers; when they see you, they will kill you, and that does not make for a fun racing game. It’s like running from EA’s PR team when you give a bad review- 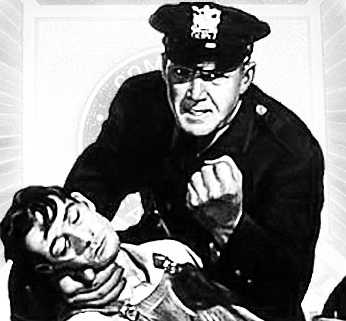 The biggest issue with this game is the paywall, and I never thought I would have to say that in a game that isn’t free. Unlike the console version, you are forced to buy cars with in game currency after spending quite a bit of time unlocking the option to do so. There is also a lack of customization here, when you get a car you own it and nothing more is to be done. The cars are like trophies as opposed to treasured possessions. Part of the fun of a racing game is customization, and that is entirely lacking here. 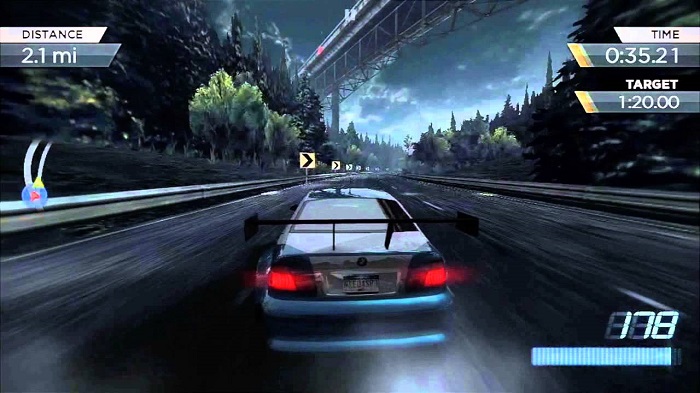 I cannot recommend Need for Speed: Most Wanted due to EA’s insistence on micro transactions and content blocking. Instead of offering a solid racing game for a flat price, they have created a fun game you have to pay for, and stifled it with menus and micro transactions. When I pay for a game I don’t want to have to pay more to keep playing. I was hoping for a faithful mobile adaptation of the console version, but this is a small fraction of that game locked behind a paywall.

What’s here is fun, but not worth the price.

cars need for Speed Need For Speed: most Wanted racing