Lara Croft Go is probably not the Tomb Raider game you’re imagining. The fact that you can get the original Tomb Raider in all its polygonal glory on your device makes the idea of a strategy/puzzle game hybrid starring the iconic video game heroine a strange one. But it works, and it works well.

Those who have played its spiritual successor Hitman Go know what to expect. The player controls the character on a series of tiles, with the simple goal of getting to the end. Of course it starts off simply and grows exponentially more complex with the inclusion of traps, deadly animals, and all manner of tomb raider-y obstacles. Each level consists of a fairly linear path, sometimes requiring object manipulation or animal murder to progress. The learning curve is well implemented; I rarely grew frustrated, and I suck at puzzle games. It was thrilling to finally figure out the solution to a puzzle I’d tried over and over again, and the game does a very good job of keeping you engaged. The levels are short enough to play on a train or bus, and are numerous enough to keep you entertained for quite some time. Toward the end the puzzles are positively dastardly, and require a great deal of thought and quick reaction times to complete. 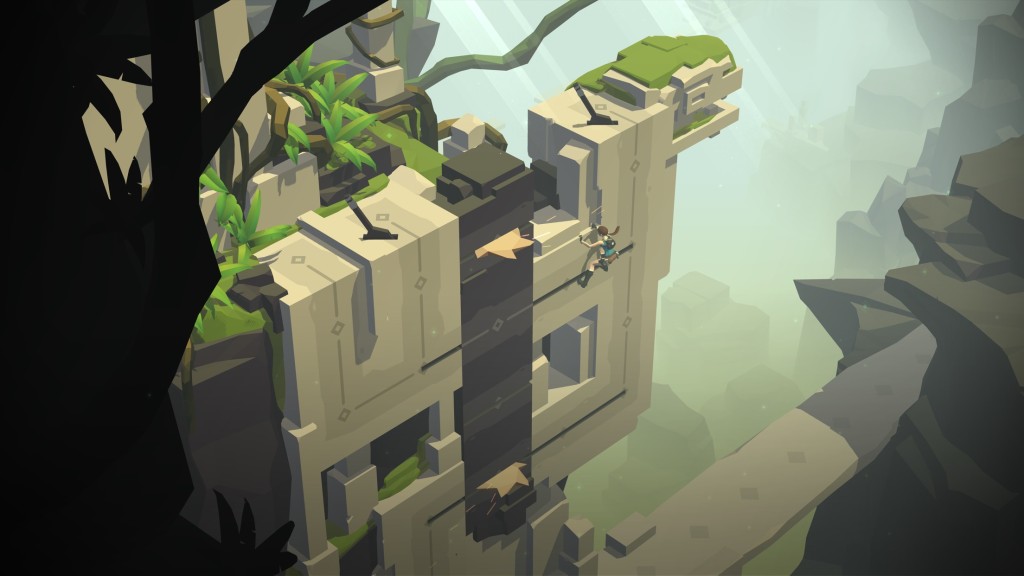 You control Lara by flicking the direction in which you want her to step, and though occasional mistaken input information killed her, it works well overall. The game is somewhat opaque with its controls, sometimes experimentation is required to determine how to manipulate objects. (I’m looking at you pillars I couldn’t figure out how to drag.)

The graphics are one of the game strong suits. It really is lovely; highly stylized like a cartoon with lush colors and fluid animations, a stark contrast to the minimalist simplicity of Hitman Go. The level design is particularly inspired, with rope bridges and vast canyons that convey a remarkable sense of scale for a game on a small screen. Each chapter is thematic (think jungle, fire temple, cave, etc.), and each level explores that theme in a new way. 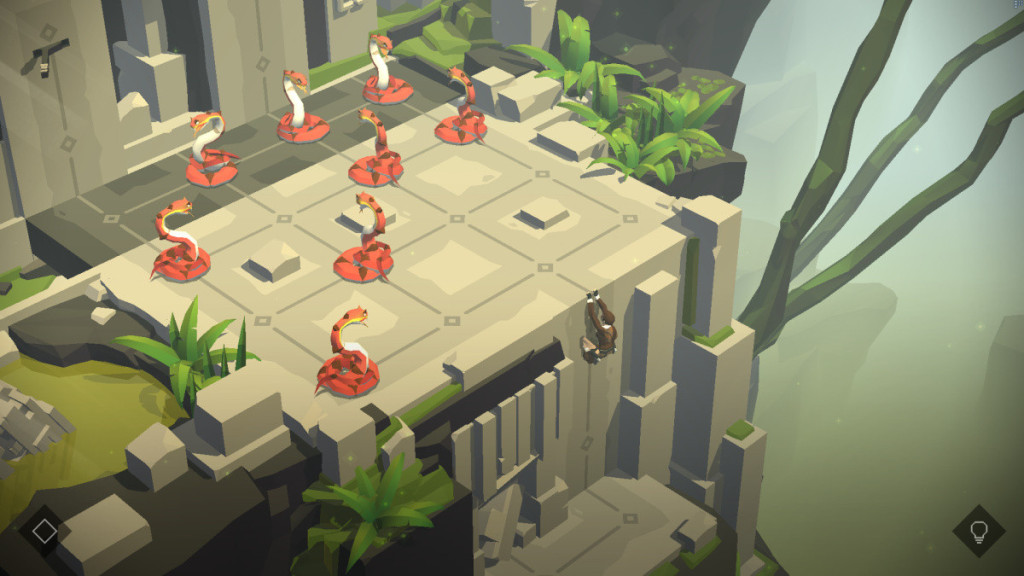 Why are these snakes twice as tall as me?! :O

There’s no story to speak of, and the music is mostly atmospheric, though certainly not bothersome or distracting.

Square Enix was wise to include collectibles and unlockables. Though not required to proceed, a sharp eyed player will see glowing “artifacts” hidden in the environments of the game, and collecting these will unlock new outfits for Lara. I’m a sucker for outfits in games, despite (or maybe because of) the fact I only own like 5 shirts in real life, so I very much enjoyed scouring levels I had completed to discover what I missed. 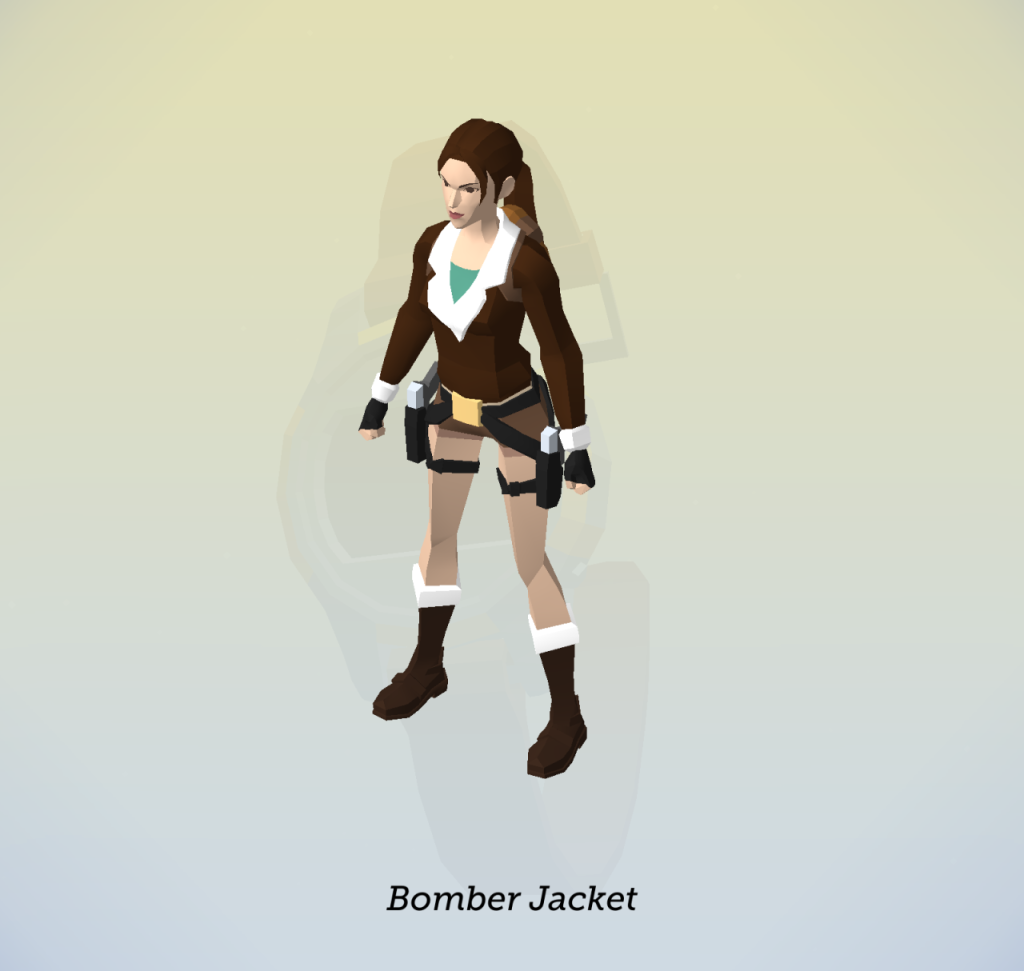 Lara Croft Go is not a Tomb Raider game in the traditional sense, but it is a fine addition to the legacy. It captures the tone and feel of the older games, while utilizing simple yet compelling mechanics to keep the player wanting more. Combine this with great graphics and unlockables, and you have a thoroughly well-made mobile game. I look forward to a sequel, as well as other franchises getting the “Go” treatment.