Clash of Kings is similar to many other games of this type, but a few things make it better than the rest. The gameplay is familiar to most of you at this point: you collect resources, train troops, upgrade your characters and buildings to unlock more powerful attack and defense, and attack and defend against other players. It really is fun to play, and is better made than its closest Pay-to-Play competitor, Game of War: Fire Age.

There is a huge collection of buildings you can upgrade and defend; everything from tower walls to merchant ships. You are constantly upgrading your castle, which unlocks more troops, which you can then send out into the world to take over farms and bring back more items. It’s a simple, yet engaging mechanic, and one that I have yet to grow bored with. 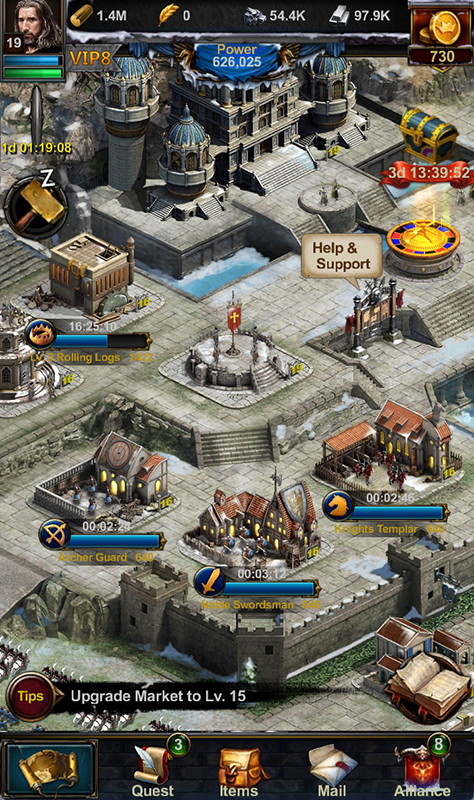 I think the market near my real house is level 0.

Multi-player is where this game really shines. There is a large, global community of players who for the most part are friendly and willing to help you out…until the set up a castle next to yours and try and crush you. I had quite a bit of fun making friends, and banding together to take out people who had attacked us before. There seem to be more people in this community that most games of this type and the multiplayer and party creation is very straight forward and intuitive. This is definitely a game to play with friends, or to make new ones.

There is no real story to speak of, it takes places in a somewhat typical medieval fantasy universe with elves and dragons and what not, but in a game of this type story is hardly important. No one plays Clash of Clans or Game of War for the story, and the same will be true here.

The graphics are good enough, simple and clean with elaborate character portraits when dialogue is necessary. The interface is a bit confusing at first, but really it’s only because there is so much content; hardly a valid complaint. It did annoy me occasionally that the game can only be played in portrait mode, this might be off putting for some players with smaller phones. 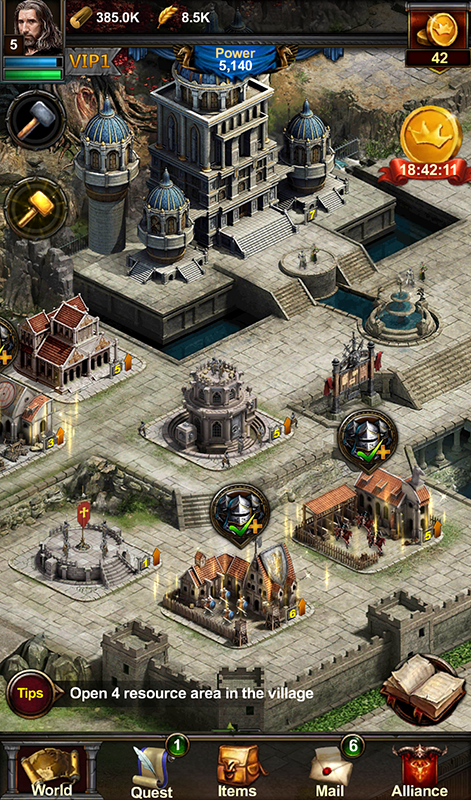 Why you no landscape?!

The game is free to play, so the big question is, how is the paywall? I’m happy to report that it is perfectly reasonable, much more so than many of its competitors. As usual it starts off at a quick pace, and you are consistently rewarded with more and more levels and upgrades. After a time your progress begins to slow, and there are more and more offers to speed things up with real money. Most of us are familiar with this business model by now, but I never felt it necessary to pay to feel that I was progressing. That’s all that matters to me because I’m patient, though there are plenty of opportunities to spend money if you so choose.

Clash of Kings is better than its competitors, has a reasonable paywall, fun gameplay, and is free to play. It’s easy to recommend, especially if you are familiar with games of this type. A large and engaged global community is icing on the cake.