Batman Vs. Superman: Dawn of Justice was a divisive movie; the mobile game based on it is not. It is one of the laziest, repetitive and all together uninspired games we have played, and all the worse for the large amount of studio backing and budget it must have had.

The gameplay is as brain numbingly simple as can be. You choose between Batman or Superman (See what they did there? Just like the movie!) and run through the streets of Metropolis or Gotham respectively. It’s an endless runner, similar to Temple Run, Sonic Rush, or any of the other games that have you constantly running forward, collecting items, and dodging obstacles. It’s a reflex based concept, and though it is initially enjoyable to see how far you can get, A) it’s been done SO much better by so many other games, and B) at this point it’s completely uninspired. The studio did attempt to add some other mechanics like a boost that allows Batman to soar through the rain soaked streets, but essentially it’s just running forward, collecting symbols, and seeing how long it takes you to die. 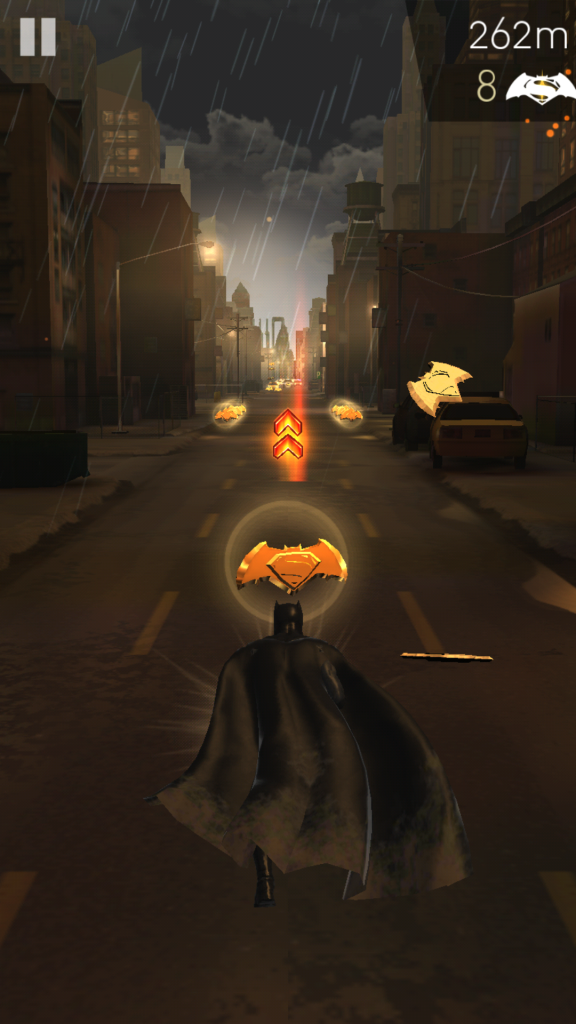 Still better than Batman and Robin

There were some attempts at complexity, like the fact you can upgrade some of your abilities, but they aren’t awesome superhero abilities like freaking laser eyes or superhuman strength or your ability to bang supermodels. Like the movie, there is a severe lack of depth here.

Let’s talk about that. It’s impossible to discuss a game based on a movie without addressing some crossovers, but in this, there were none. I don’t recall watching Batman or Superman running down the streets of the cities they are trying to protect collecting their respective logos. I don’t believe the movie was about the two of them competing at some asinine, infinite running competition. I’m not expecting a Tolstoy style epic here, but this clearly started as a different game. They replaced a few character models, added some fluff, and made the theme song of the movie very loud. It’s rare to see such a lazy tie in, and that’s after Star Wars had promotional makeup to sell tickets. 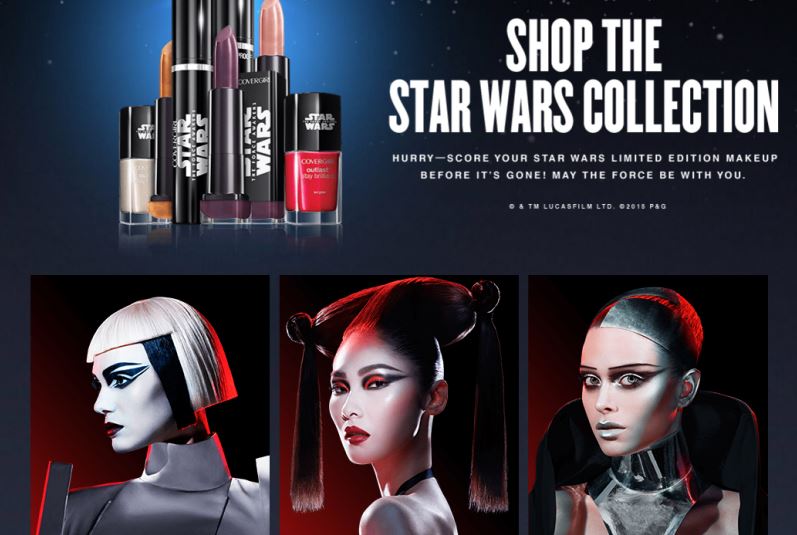 Maybe it’s a meta commentary on the movie, and is actually brilliant. Maybe by half-assing everything, appealing to the lowest common denominator, and rushing out something that was clearly unfinished they are trying to emulate the movie. If so, well done, both products are staggeringly stupid and ill advised. It’s a successful tie in in that regard.

In both the movie and the game’s defense, there are moments of striking visual beauty. The graphics aren’t as bad as they look in these screenshots; though like the film, this is probably a result of the software they used (in this case the Unity Engine) than any directorial influence. There are moments when Batman is running through the rain, when you can see the light reflecting off of his cowl, and the rendering of Gotham makes you think about how good a game based on the concept of two badass childhood heroes fighting could have been. 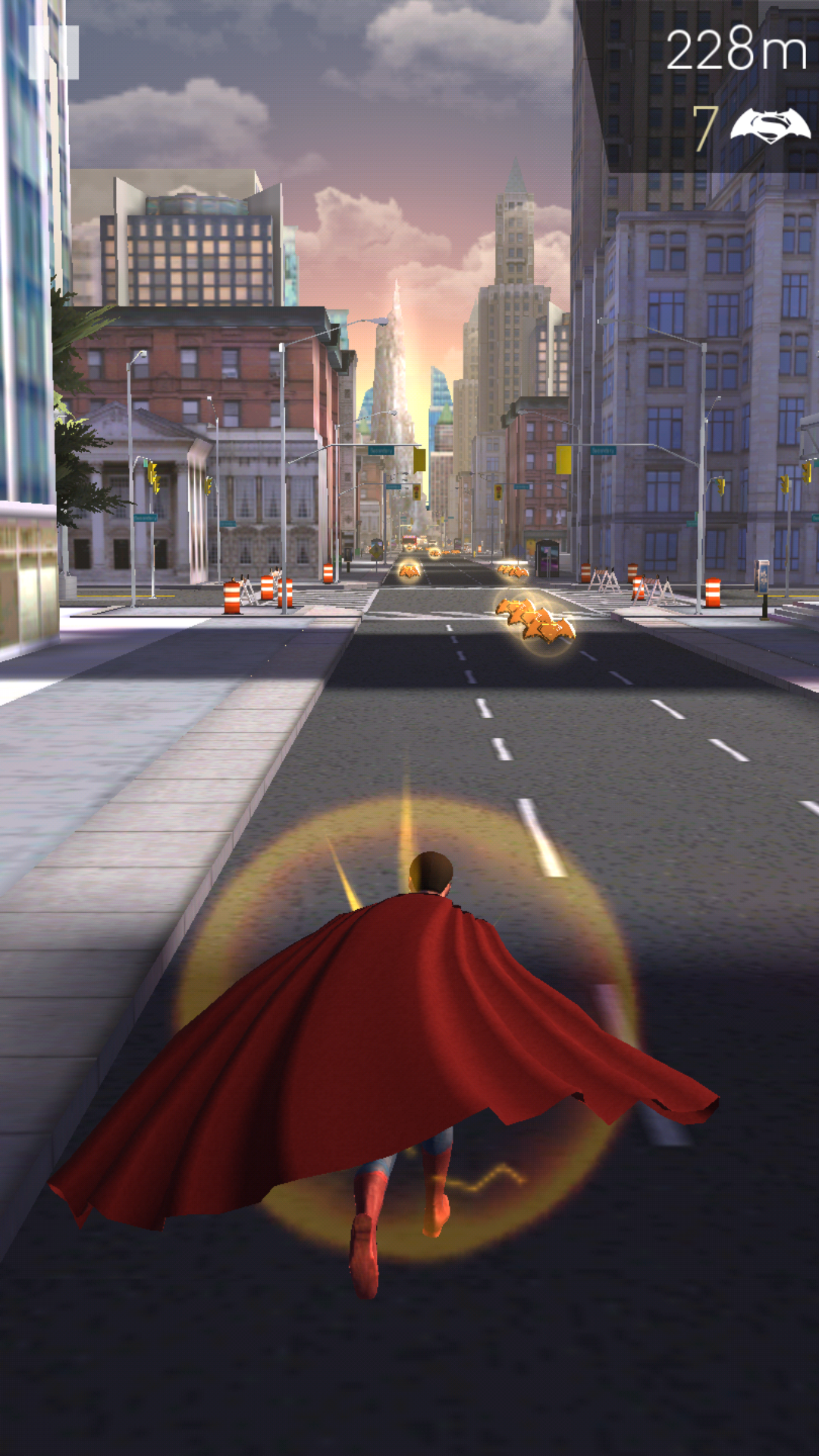 This game, like the movie, completely missed the point, makes no sense, and completely fails to capture what makes these two heroes fun in the first place. It’s also pretty sometimes.

Maybe it’s the most faithful adaptation of a movie by a video game so far.