Marketing firm Nielsen is mostly famous for their television rating system, but data recently published by the company shows that console gamers are playing more mobile games than they ever have before. 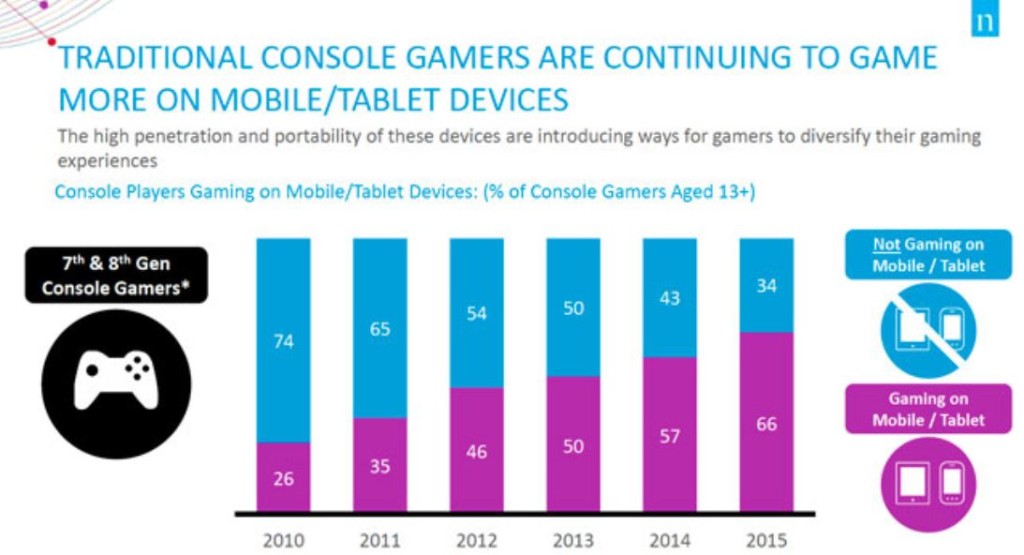 Does this include emulators? That would probably ruin all of their testing.

The big difference is, they aren’t spending nearly as much money as their mobile focused counterparts on those games. The research found that mobile gaming occupies up to a third of console gamer’s play time, but creates substantially less revenue than their more mobile friendly counterparts. Nielsen’s research also suggests that console gamers spend only 5% of their gaming budget on mobile, with all the rest going toward console gaming platforms. This number is surprising, but keep in mind the average new console game costs around $60…and that’s not including subscription fees for online gameplay or downloadable content. That spending is normalized…someone spending $60 on a mobile game is significantly less common. 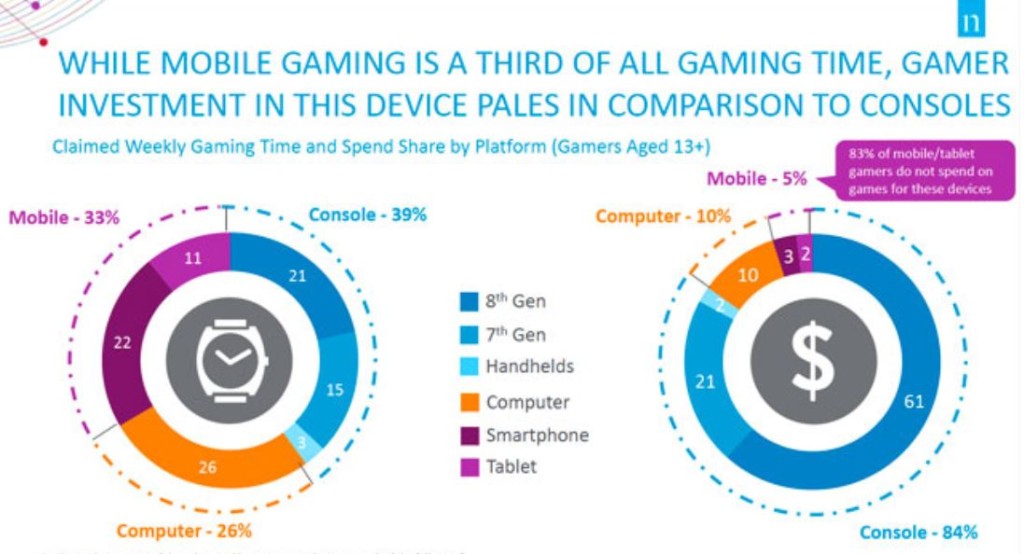 Poor handhelds 🙁 We still love you PSP and 3DS!

Nielsen found mobile and tablet games to be equally popular across gender lines, with roughly half of the gaming population playing mobile games.

It seems like these numbers are only going to increase as more traditionally console gaming companies enter the mobile gaming space…Nintendo anyone? Imagine how much those numbers will increase when Mario makes his first appearance on your phone.