In a quite eloquently worded letter, Apple CEO Tim Cook argued as to why allowing a backdoor into their system would set a dangerous precedent. According to Cook, “In today’s digital world, the “key” to an encrypted system is a piece of information that unlocks the data, and it is only as secure as the protections around it. Once the information is known, or a way to bypass the code is revealed, the encryption can be defeated by anyone with that knowledge.”

After the tragic San Bernardino shooting in California, the Federal Bureau of Investigation asked for Apple’s assistance in unlocking iOS to access information potentially present on the shooter’s iPhone.

Despite a court order, Apple is adamant that this “technique could be used over and over again, on any number of devices. In the physical world, it would be the equivalent of a master key, capable of opening hundreds of millions of locks — from restaurants and banks to stores and homes. No reasonable person would find that acceptable.” 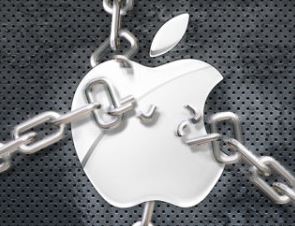 Given the government’s less than stellar reputation when it comes to privacy, (cough Snowden cough) Tim Cook’s concerns are not coming out of nowhere. In an odd move, the Feds are using the All Writs Act of 1789 in order to obtain the data, ironic because I’m like 90 percent sure iPhones and data encryption weren’t an issue centuries ago.

While Cook says the “the FBI’s intentions are good” this is quite a show of strength from one of the biggest companies in the world.

What do you guys think? Is Cook is doing the right thing?

The iPhone 5se: What You Need to Know