Looks like new info and pictures of the Samsung Galaxy S7 and S7 Edge have been leaked. According to Vietnamese site reviewdao.vn they had a chance to actually use the flagship device, and it looks like someone snapped some shots. No doubt with their iPhone. 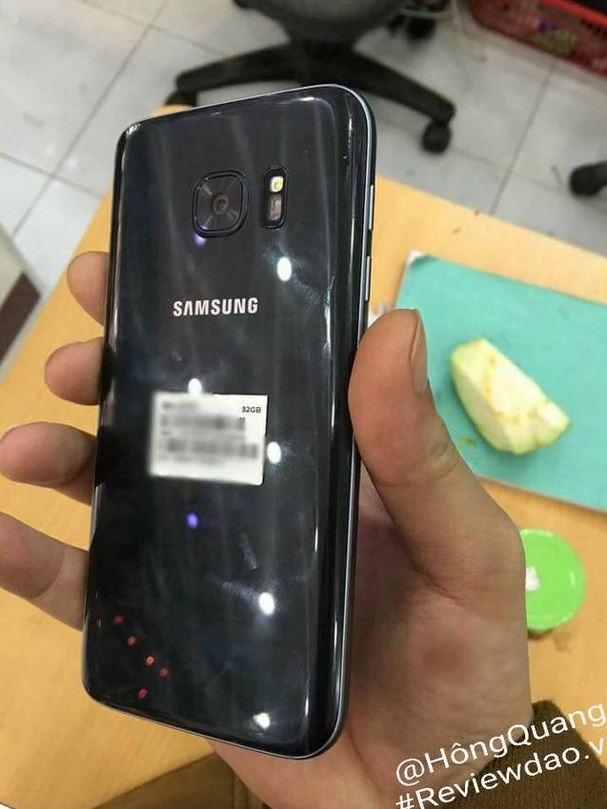 Reminds me of Star Trek with all those lens flares.

According to that source, the Galaxy S7 will have two different processors across the product line; the Exynos 8890 and the Qualcomm Snapdragon 820. It seems likely the Snapdragon processor (as previously reported by us) will be released in the American and Chinese territories.

This picture of the S7 Edge comes from Chinese site Weibo. In the image you can see the remarkable AnTuTu score, which is a unaffiliated benchmark testing app for Android. If you can’t read Chinese like me (yeah right) then just trust me…it’s a damn good score. 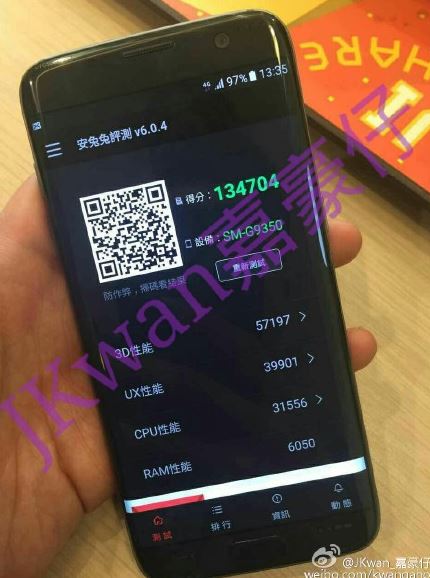 The design is hardly revolutionary, but the specs are impressive, most likely intended to really utilize Gear VR. Most sources predict the S7 will be announced toward the end of February.

You guys looking forward to it?

Samsung and Qualcomm Working Together on a New Chip

Galaxy S7 – What We Know So Far