The amount of money being spent in the Apple app store is crazy. On January 1st 2016 alone, customers spent $144 million according to Apple. Over the holidays customers spent around $1.1 billion USD on apps and in app purchases. In 2015, consumers spent more than $20 billion. Billion. Damn.

The numbers do seem crazy high, but given the seemingly constant iPhone sales, it’s really not all that surprising.

It’s pretty incredible to think that the iPhone hasn’t even been around for ten years, and has completely changed the world. 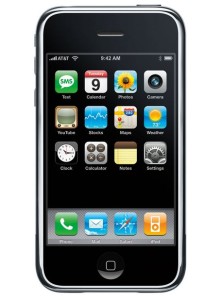 Now I feel old. Thanks Apple.

Apple Denies the Government Access to iOS Despite Court Order